This has been an busy week, tons of assignments and a midterm tomorrow to boot (hopefully this one will be a lot better than the last one). In terms of the project, I have hit a road block with the rotary encoder as a monitor input. The debounce requires interrupts and that means I would need pins 2 and 3, which are currently wired to the transceiver. I have given it some thought and gone ahead with just buttons for the inputs. In other news, I burned a bootloader on to a fresh ATmega328 chip a few days ago. I pick up this little bugger when it first came out for the arduino (back when the IDE did not even support it yet) and I thought I lost it. Turns out it was hidden in a little anti-static bag and just begging to be given a chance. I wired it up to the arduino as ISP on a breadboard with a 16MHz crystal and a few clicks later I had a new functional chip. 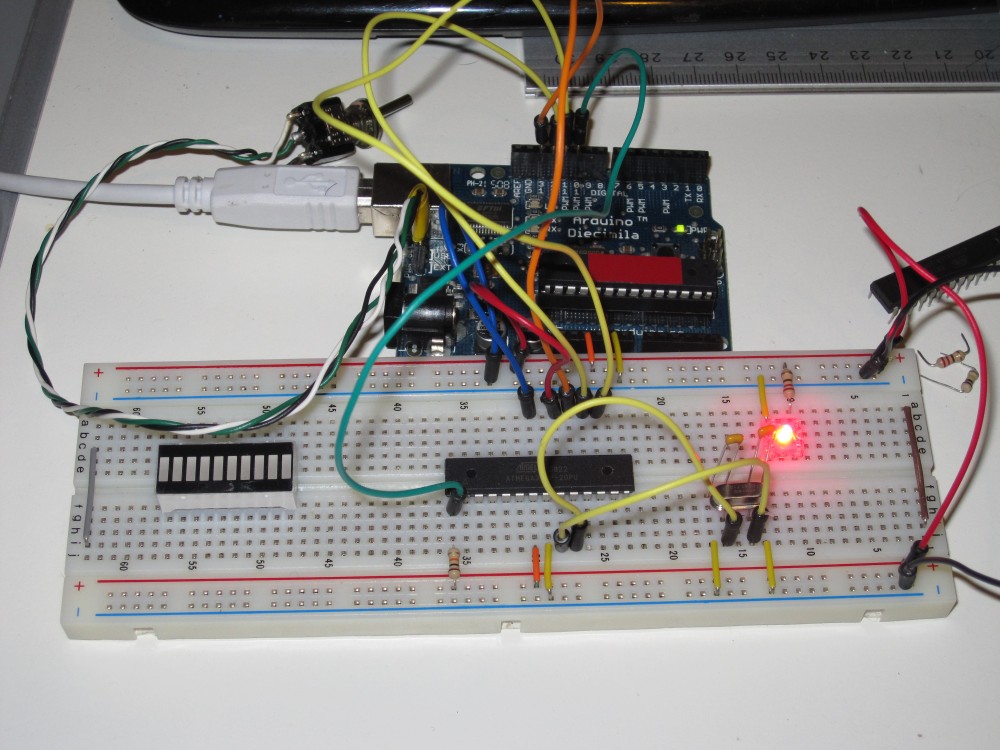